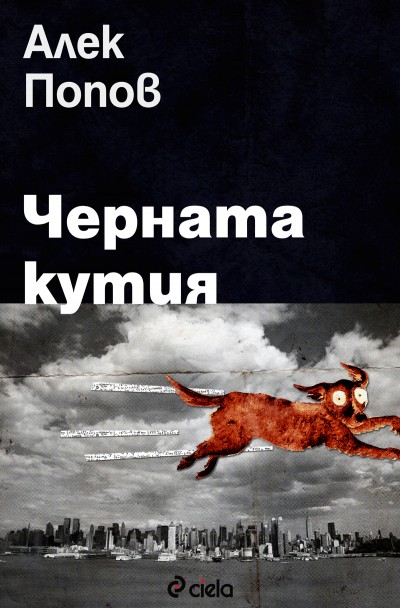 From dog walker to millionaire, from millionaire to dropout: two brothers from Bulgaria seek their fortune in America and, at least, find their father’s ashes.

A SMALL BLACK BOX FULL OF ASHES is all that Ned and Ango, two very different brothers from Bulgaria, have left of their father. It is 15 years since their father, a mathematician hovering between genius and madness, died under mysterious circumstances in America as a visiting professor. Meanwhile, both of the two sons lead their own lives and their father has long been nothing more than a ghost. Until the paths of the two brothers cross, far from their homeland, in New York. Ned, the good-for-nothing, has made it to the top on Wall Street while Ango, the smart one, walks dogs for snobs in Central Park. But then the tide turns and the ghost of their father suddenly comes to life once more. Or at least more than both of them are comfortable with…

“Alek Popov does away with old fairytales. His new novel was at number one for weeks in the bestseller lists in Bulgaria. It is a satire of gold diggers in the West and the East, of the yearning for happiness shared by successful people and underdogs, and of the wrong impressions we immediately form of each other when a world divides us. East or West, top or bottom, dead or alive: let us be brothers! Racy, witty and damned biting. Woof!” 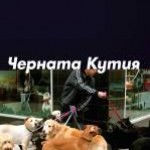 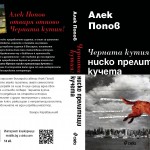 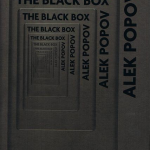 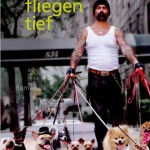 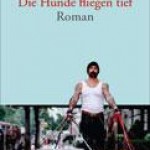 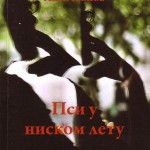 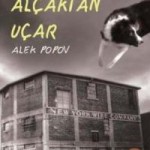 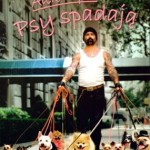 The Black Box was first published in spring 2007 by Zachari Stoyanov Publishing House and soon headed the summer top ten list of the best selling tittles in Bulgaria. It won the prestigious Elias Canetti Prize for 2007, the Art Prize of United Bulgarian Bank and Art.gbg.bg and the Helikon Flower – the annual award of Helikon Bookshops for best selling title of the year. The German edition of the book appeared from Residenz Verlag in 2008 under the title Die Hunde fliegen tief (Low Flying Dogs).

Praises for the Black Box in the press:

Shark and dog. There it is, the after-Turning-novel, completely without artistic nonsense (…) and told so fluently and pointedly that the possible didactic ulterior motive seems marginal: that communism and capitalism are brothers like Ned and Ango who in turn, like Leverkühn and Zeitblom, share the secret of their identity? No, that would go too far. Ango, who has the better end without being really happy with it, knows from the beginning that the war of the systems is a zero-sum game and that other things count: “ I felt snug like in a rescue capsule and I saw that I couldn ’ t buy this feeling for all the money in the world. There are niches in which free market economy doesn ’ t work. ” This marvellous book is such a niche. FAZ, Edo Reents

Popov is one of the leading satirists of Bulgaria, even more than that – he is playing in the first division of young European writers. The local Residenz Verlag made a lucky choice. […] His books that remind by their plenty of mad ideas of merited US-entertainers like T.C. Boyle and John Irving supply evidence that also a weird slapstick may deliver insight into the human soul.

To read Alek Popov is fun. (…) Also in his new novel, Alek Popov carries humour, irony, and grotesque to extremes…

The novel is told alternately from Ango ’ s and Ned ’ s point of view and is also giving its voice to a woman: the structure works. The novel lives on oppositions that aren ’ t any. (…) Instead of complaining about the state of the world, Popov creates an entertaining story. If the fight of the good against the evil is supposed to make for an exciting final, Hollywood-like scenes emerge – they read also like a fairy tale in which knights rescue the girl locked in the tower. Hollywood and fairy tales: This novel tells that the societies of the East and the West have something of both.

Ludicrously beautiful. Alek Popov, born in 1966, presents a novel in which he describes just the specific post-modern figure of a scalper that has been occurring in newer American novels since Bret Eason Ellis, Louis Begley or Richard Ford. The novel by the Bulgarian Popov is not as over-ambitious or hyper-cool as its US-precursors, it is more easy-going.

Obviously without any effort, Popov switches in his novel from such slapstick-like scenes into the difficult matter of stock exchange parlance, and it quickly turns out that also in his latest novel there is nothing as it seems to be on first sight.

Alek Popov strongly picks the myth of America. He convincingly shows the isolation and pack mentality of so-called high performers or the capitalistic ethics at which one even has to earn pity. At this point also the stereotype picture of the successful Diaspora-Bulgarian falters more and more. NZZ, Judith Leister

Rolling on the floor with laughter. VORMAGAZIN

However, like in John Irving ’ s transatlantic novels, grotesque and often quite macabre incidents are snappily strung together. The tone is more funny than tragic-funny, mostly so harmlessly funny that one comfortably laughs also at the groaners and witty reflections over the contradictions in the globalised capitalism, also seeing its victims in the USA and in Bulgaria.

Two Bulgarians in New York. That doesn ’ t sound very spectacular. But the way Nedko and Ango eke out a living in the Big Apple is fabulous to read, but mainly grotesque.